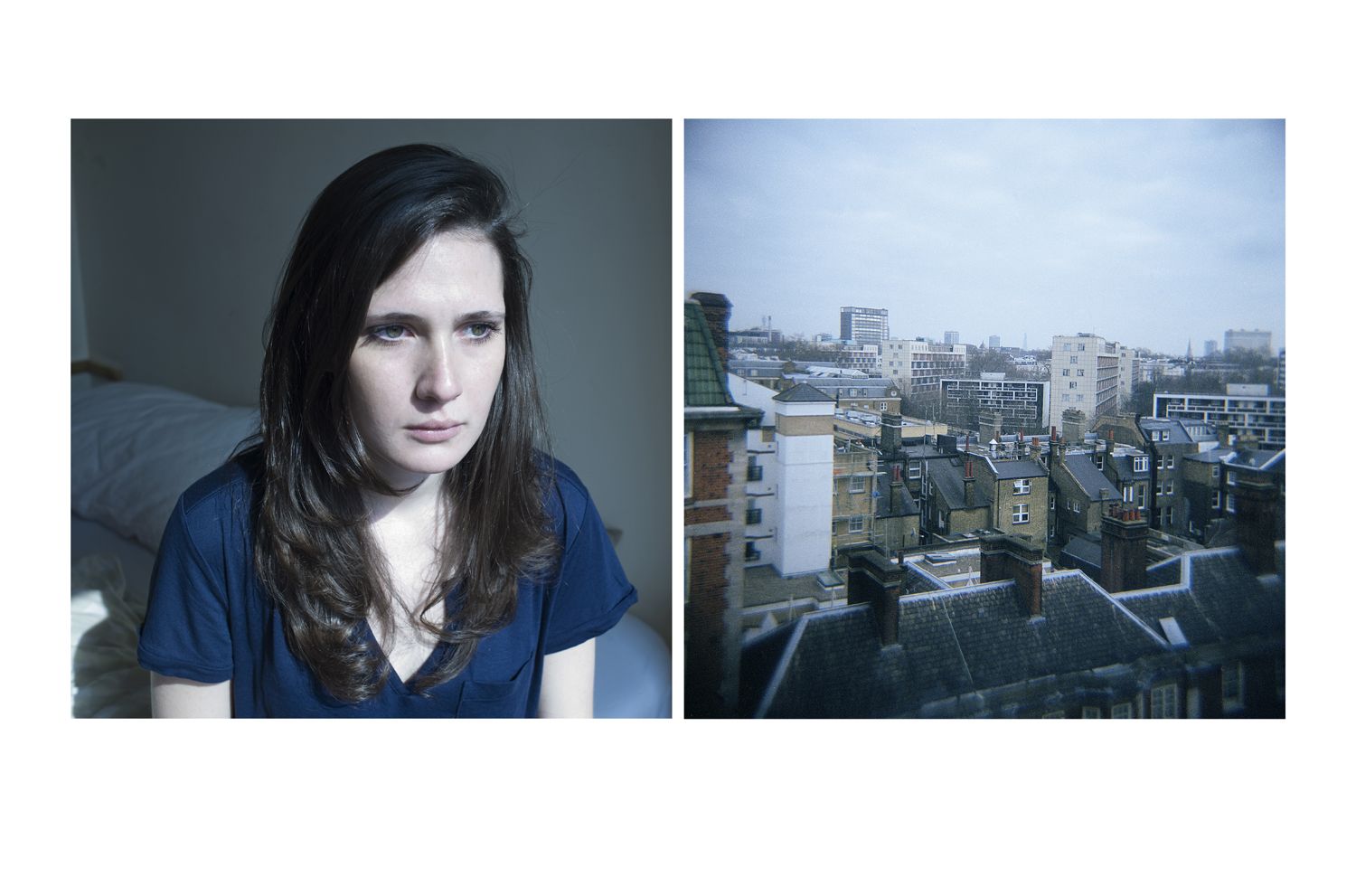 “Migrations” is a series of portraits of young women who have moved to London from countries suffering the effects of the financial crisis, such as Greece, Italy, Spain and Portugal. In my pictures, I place them beside a landscape, a visual echo of their aspirations for the future, their manifested utopia. Away from their homeland and family, these women strive for a better life. They personify a modern wave of inter-European migration, where London transforms into a new “Promised Land”.

Focusing on young women, I use the power of portraiture to express their state of emotional flux in a strange place, at the same time projecting my own experience of being an immigrant in London. Through the faces of these women and their accompanying landscape I attempt to portray the challenges the young people are facing during the economic recession of the European Union, which up until now had been a synonym for prosperity and growth.