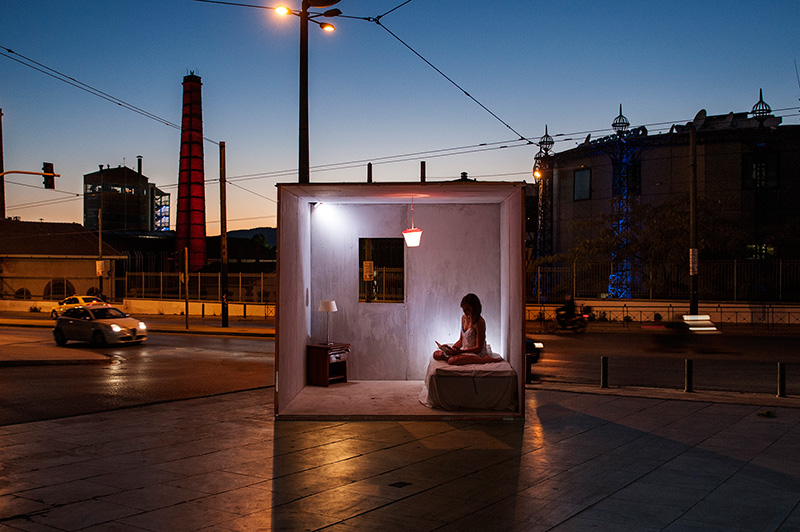 This photographic series is an observation on the blurred boundaries of private and public life. A room-like set, that looks like it has been taken from a house and placed in public, was created. The viewer becomes the observer who “peeps” at a private moment.

The location selection was based on the diversity of the urban morphology. The installation was transported and afterwards constructed in each location. After that, the person was placed in the room. There, without any rehearsal or specific guidance, only with the encouragement to feel the space like home, each “resident”, despite the presence of many passersby who were watching this public performance, finally felt at ease. When the “inhabitation” was achieved, the publicly exposed private moment that occurred, was captured.