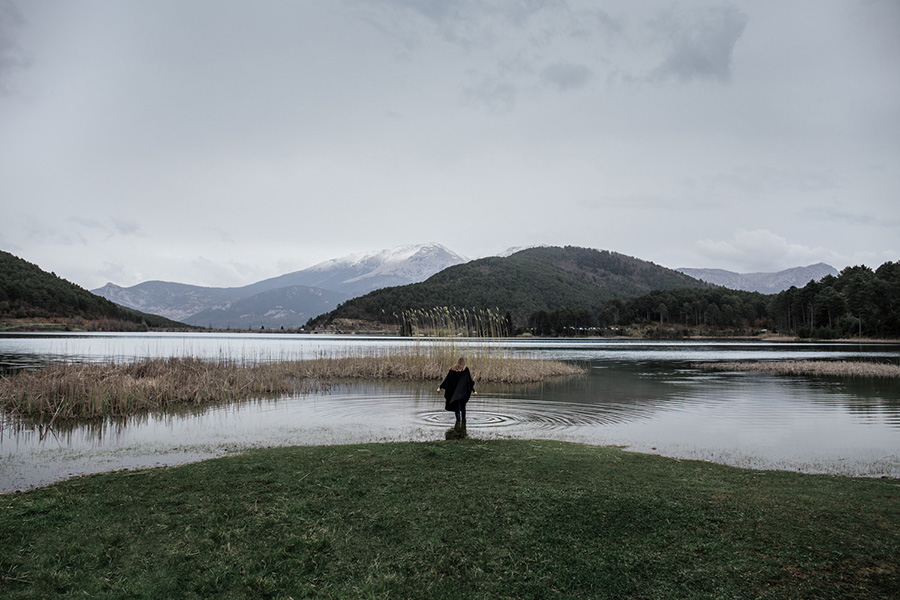 The photographic series entitled «Land(e)scape» consists of images influenced by the style and aesthetics of the landscape paintings of the romantic movement, where the power of attraction towards nature is dominant. The Greek landscapes selected in this section can be distinguished by their static and calm nature, possessing a mysterious force that blends the boundaries between reality and fantasy. An important role in the images is played by the figure who wanders into the landscape and takes on the role of a silent, enigmatic observer while the landscapes are more like an “x-ray” of his moods.  As in romantic paintings, the landscape could be described as a mirror of the state of mind. The ultimate goal of placing the figure in the landscape is to identify the viewer with him, the emotional connection of the observer’s mood with the viewer, a photographic commentary above all the landscapes of our imagination and mind, encouraging viewers to travel except literally and metaphorically.