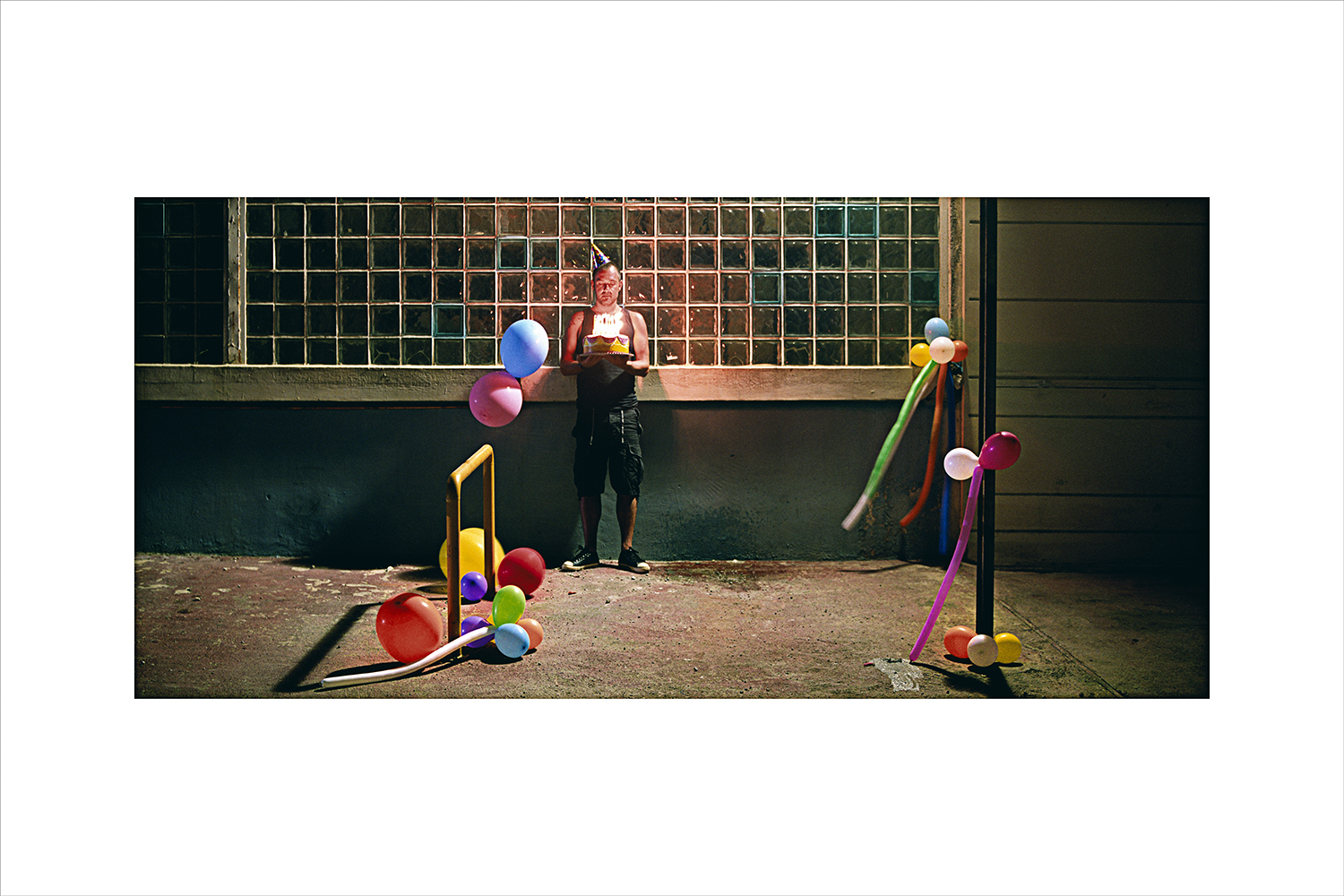 Exploring the “ego” and the “self”, my work investigates the identity as well as the different roles of a person of the postmodern society.  The relation and the interaction with the “others” as well as the formation of the personality and the “roles”, that someone “performs”, is an issue that concerned me since puberty.

Since the second half of 19th century self is extended without limits and roles are multiplying. Every role experience is a different reality, resulting into confusion between subjective and objective. The frenzy rate of post – capitalism, the consuming society and the digital revolution moulds a form which is increasingly been replaced from its simulation.

“Identities” is a performance of roles embodied by different kinds of people. The staging is a result of how I interpret, for instance, a person who is reading a newspaper, or a person who is celebrating his birthday. The result is an image which does not correspond to the visual reality but is the imprint of my own stereotypes instead. All these people and all these roles are me, the “other”.