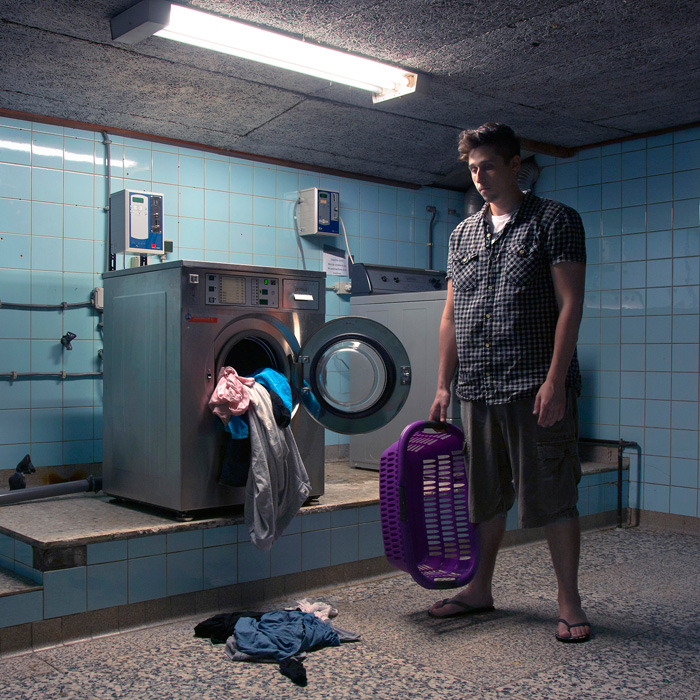 Inactivity, awkwardness, mental and environmental detachment. By juxtaposing the warm intimate homely space, which refers to security and stability, to the frozen expressions and attitudes of the characters, more questions are asked rather than answered. Questions about the past and the future of the captured scene: what happened before and what will happen after the depicted decisive moment. What each person is preoccupied with doesn’t really matter. They are all caught in the middle of an action. The action, insignificant in itself, is only there to underline the emotional and mental state- a state of void- that the characters are involved in. The obvious doesn’t signify anything, what matters is the moment of awareness. Something is expected to happen. The viewer is called upon to make a decision and create his own scenario to explain the story behind each photograph.