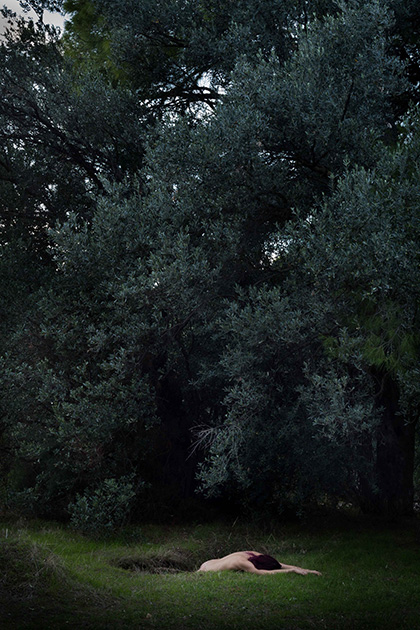 The series Denude aims at redefining the female body representation. The unconventional poses that are proposed in the series, question the conventions of the female nude as an object on display and the meaning of the classic stereotype of the female representation in art and everyday life.
Denude no longer strives to portray the female body as an object solely for the enjoyment of the observer. It is depicted as another element of the natural surroundings through its association with the elements of nature, as though it is a part of them.